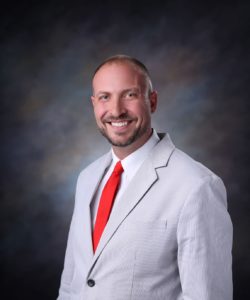 Justin, a Partner at Triavo Health, brings a unique blend of business acumen coupled with pharmacy industry knowledge.  After graduating from the University of Arizona College of Pharmacy in 2006, Justin worked as a retail pharmacy manager at several large chains.

In 2009, Justin bought his first pharmacy with his brother Joel, and served as Director of Operations and PIC.  In this role, Justin was able to focus on systems and data, to drive customer service.

Justin and Joel built a small chain of pharmacies in retail, LTC, compounding and specialty.  After selling their last pharmacy in 2014, Justin has focused on Marketing and Data Analytics for Triavo Health.